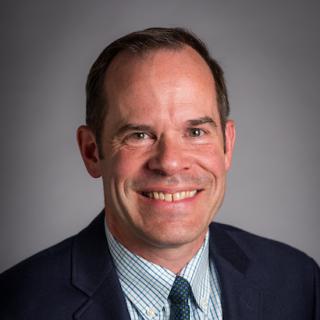 As a student at Dartmouth, Dan majored in History modified with Education and completed his teaching certification at Hanover High School. He was a member of Palaeopitus Senior Society, worked several part-time jobs on-campus and off all four years, and served as president of his fraternity and also of the Co-Ed, Fraternity and Sorority Council. He was elected to the senior class executive committee and then to the role of class president, serving from graduation until his fifth reunion. He has also served as a Dartmouth College Fund Agent for his class and as secretary to the Enrollment and Professional Development Committees of the Alumni Council.

Since graduating from the College, Dan has pursued a career in education and has worked to broaden access for students from populations traditionally under-represented in higher education. Dan spent 22 years working in college admissions, first at Dartmouth and then at Connecticut College before returning to Dartmouth to serve as Director of Admissions Recruitment and Communication. In 2012, he became the inaugural Director of the Dartmouth for Life program in the Office of Alumni Relations, managing the college’s lifelong learning offerings and launching new career development and family programming for alumni and students. Since 2017, Dan has served as Vice President for College Advancement at Colby-Sawyer College in New London, NH. Dan and his wife, Ellen Davis Parish ‘92, have two children. Dan’s father, grandfather, great-uncle and sister also graduated from Dartmouth.